Attack of the Drones

The topic of drones has come to the nation's attention again with the leak of an administrative policy memo.  The brief appears to be a legal justification for targeting Americans abroad who have formed an allegiance with enemy combatants.  This seems to me to be a preclude to a number of ethical questions the nation will face regarding the use of drones.  I think we would be wise to raise these questions with students today since, for good or bad, drones will undoubtably play a larger role in future.

Whenever I have a group of Guam students looking at the island in Google Earth, they are always surprised that they are able to get a bird's-eye view of the local Air Force base.  The ability to see rows of F-18s parked on the tarmac doesn't seem right to them because in reality they don't have access to the base.  Some question whether Google is giving assistance to enemies by providing these views.  From Street View's privacy issues to objections from foreign governments, questions such as these illustrate how advances in technology can sometimes move faster than what public discourse is ready for.

I think most people would be surprised to learn that the number of drone attacks increased significantly when Barack Obama became President.  Less than 50 strikes were reported in 2008 compared to over 120 in 2010.  (This will undoubtably be a topic raised during John Brennan's upcoming CIA Chief confirmation hearing since Brennan is credited as leading the drone program in recent years.)  The argument for military drone aircraft is that they don't require a pilot in the traditional sense.  They are controlled by persons hundreds of miles, or perhaps continents, away. This puts American pilots out of harm's way and makes pilot fatigue a non-issue.  I'm sure military drone aircraft are also less expensive to manufacture and maintain than traditional fighter jets.  The drones may also be more accurate in their targeting, which leads me to arguments against.  A number of strikes in the Middle East have resulted in large numbers of civillian casualties.  If the drones are expendable, does that encourage an even greater use of them?  I think the fact that drones are un-manned aircraft gives most people pause.  How do you feel about sending robots out to kill other humans?  This seems to be a question out of science fiction, but it is the reality of today and a question I think we should pose to students.

What are the acceptable limits of drone use?  I don't mean to present myself as a drone opponent.  I think there is incredible potential in their use (as you can see in the video below) but I think the drone discussion should begin now.  It will be an issue today's youth will face in their daily lives and as the drone industry grows they may find themselves a part of it.  So what do you think? Should drones be used to patrol our borders?  Should police departments have them?  How do you feel about a squadron of drones enforcing our nation's speed limits?  What does "pilot-error" mean in regards to drones?  How do you feel about advertisers using drones?  What does drone airspace mean?  How big can a drone be?  How small?  Can a drone block your view of something?  Can a drone play audio?  How loud?  Would you accept homework from a student's drone?  How would you prove drone crimes? Should we keep drone technology - the good and the bad - away from other countries?  What would a terrorist do with a drone?  What would a drone war look like?

I would love to do a post devoted to the positive use of drones.  They come in all sorts of shapes and sizes, and show great promise in aid to the environment, medicine, and safety.  Call me paranoid, but right now, I'm thinking about the drone hazards we may face tomorrow. 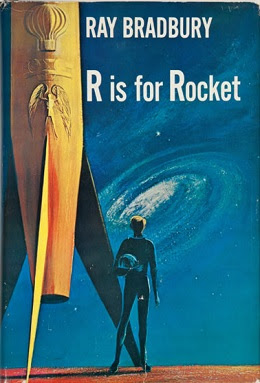 The folks at Google have done it again, releasing a sharp video entitled Moonshot Thinking.  The inspirational video consists of a number of people speaking about our history of out of the box thinking and where it has gotten us.  The title refers to the type of audacious thinking such as believing that we could actually land a man on the moon - a truly remarkable feat when you consider that it came just 60 years after the release of the Model T.

This video also seems to be Google's announcement of the Solve for X project.  Solve for X began at a Google event a year ago when "forty-six scientists, entrepreneurs and innovators from around the world came together to discuss and debate radical solutions using breakthrough technologies to some really big problems."  The group is supported by Google. Their website has a definite TED-like feel to it, with a number of videos presenting moonshot thinking.  I'm sure Google detractors will view this as a rip-off, but I like the focus of the site.

To have moonshot thinking, they say, is not to look for 10% improvements, but to strive for achievements that advance us tenfold.  Now, if you've followed this blog at all, you've probably detected a twinge of my dismay over our present educational system.  I'm not camping in a tent on Arne Duncan's lawn but you could put me in with the Occupy Education crowd.  I'm a fan of Diane Ravitch, Will Richardson, Lee Crockett, Sir Ken Robinson, and other big thinkers so you can imagine where I'm heading.  My moonshot thinking is that we completely overhaul how we educate children.  Wait, ...am I supposed to back this up with something?  Is that how this works?    I guess before I assemble my team I'll delve into the Solve for X site more to find my inspiration.  I encourage you to do the same.

Posted by Thomas Petra at 11:36 PM No comments: