A New Purpose for Drones 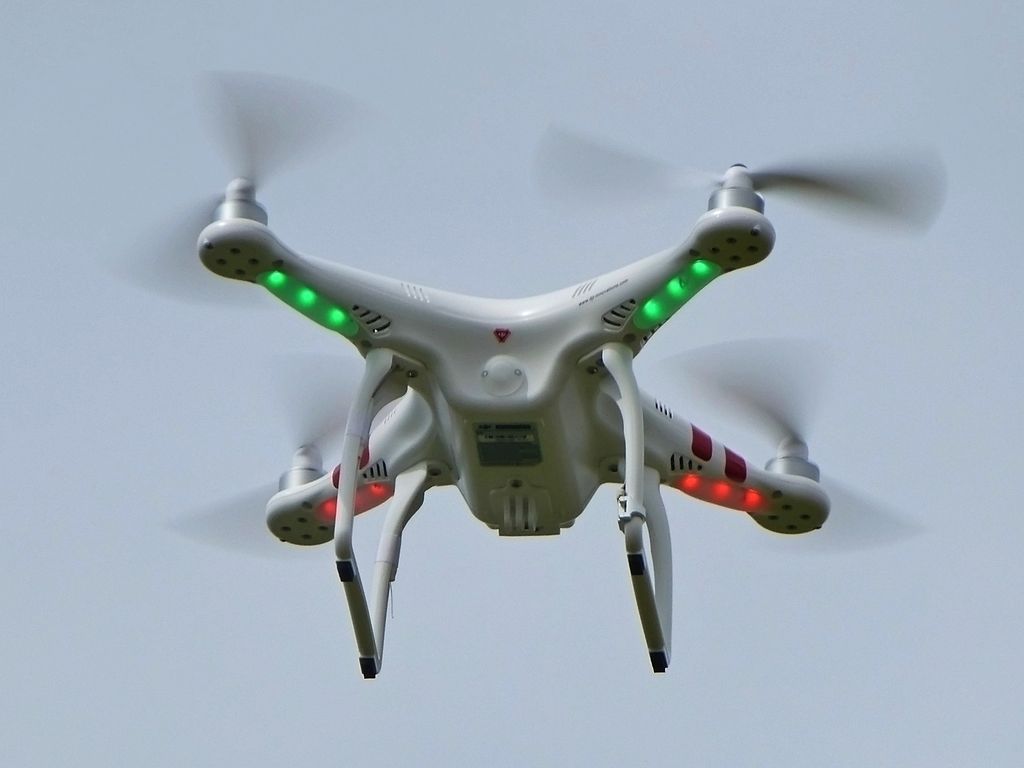 Given the past week's events in Boston, I started to think about some different ways drones could be used to fight terrorists.  I think we're all familiar with the conventional way this has been done, but what are some other tasks that drones could perform?

If you're only familiar with the drones that have been used by the military in the Middle East, then the first thing you have to know is that drones come in all shapes and sizes.  A drone is essentially a pilotless aircraft, but another way to look at them is to call them by another name: robot.  If you've read my previous posts on robots and drones you'll know that I usually sprinkle some words of caution in their adoption.  This time I'm going to throw caution to the wind and try not think about the Orwellian or dystopian undertones

A good place to start, if you want to see what drones of the future can do, is the jaw dropping TED Talk by Vijay Kumar.  The drones in his demonstration resemble something you might find in a hobby store and can fit in the palm of your hand.  Their functionality is anything but childlike.  He and his students at the University of Pennsylvania programmed their swarms of drones to be agile flyers that could operate autonomously.  They're equipped with proximity sensors and can fly in a programmed flight path or operate independently.  So what if drones like these could be outfitted with bomb-detecting sensors?  Large populated events like the Boston Marathon or State Fairs could have swarms of these small drones flying through the crowd relaying their information to law enforcement.  There's already a group of companies like Qube working on law enforcement versions of drones.  Would it bother you to have a model aircraft buzzing your head?  Then how about a ground-based version?  I can't find my source, but there was a public radio story on a small robot that would nuzzle up against you and lead you to stores in a shopping mall.  Would you be more comfortable with a robotic form of bomb sniffing dogs weaving through the crowd?

One of the reasons drone aircraft have been so readily adopted by the military is that you don't have to worry about pilot fatigue.  I'm assuming they're much lighter than jets and so they can stay in the air for a longer period of time.  Since the drone pilot is sitting miles or continents away, he can take a break and have another operator take his place.  The lockdown in Watertown, MA lasted roughly 18 hours - couldn't drones have played some part in the search?  Drones could follow a precise search pattern and be flown at a lower altitude beneath the helicopters.  I'm not up to speed with all of the camera specs of drones but I'm assuming it's pretty good.  Would a group of drones with night vision and infrared fared better than their human counterparts?  Wouldn't a drone have been a good option for surveying the toxic scene after the Texas fertilizer plant explosion?

Finally, I'm reminded of Adam Carolla's idea for attack crows.  Crows are pretty nasty but perhaps a swarm of drones could have flushed suspect #2 out of the boat.  Could a group of drones incapacitate an individual?  Or what if a flock of drones were launched when the bombs went off to capture the scene in video?  A drone wouldn't react to the panic and confusion like a human would; maybe a set of drones could have provided better view of who was there and where they were going.  With all of the influence that technology had in this latest terror attack, I wouldn't be surprised at all if drones played a helpful role in the next one.

Dear Thomas,
As a proponent of math education in the United States, we need your help to promote our nationwide math competition by blogging or posting about it on your blog/forum.

As you probably already know, despite the fact that the US spends the most money on education per capita, our students are ranked 25th globally for math proficiency. The MATHCOUNTS Foundation is a nonprofit dedicated to improving that statistic. MATHCOUNTS’ third annual “ Math Video Challenge” is a math competition for 6th to 8th graders that encourages student innovation as they create and star in their own math videos, thus exciting them to pursue higher education in math.

As the webmaster of RealWorldMathCommunity, we are asking you to help support this effort by mentioning us in your next blog or forum post or promoting our logo with a link to the site. So far this contest has gathered over 500
submissions and millions of views on the videos. Our goal this year is this year is to do even better. With your help, we are confident we will reach this goal.

For more information on MATHCOUNTS or the Math Video Challenge, visit our webpages at mathcounts.org and videochallenge.mathcounts.org/math-camera-action.